Dreaming Through the Gates of Snake

Dreaming Through The Gate of Snake

In a dream, the entrance to a house appears, and the one who seems like Amy opens the door and is inside.Trailing right behind her is White Snake, and she feels joyful to have such a companion accompany her. Almost immediately, someone who is invisible in the room panics, stomping on Snake. The one who seems like Amy is concerned Snake is mortally wounded, in the center of his body, and might die. But Snake’s head is vibrant, glowing: snake is very much alive. There is hope for healing.

I did not know what this dream meant. What seemed important, upon waking, was the feeling of vitality in Snake. I allowed the image to slither into and through my body during my dream council practice, and was still aware of it’s vibrating presence as I showered, got in my red jeep and drove down Paradise Road, through the Los Padres mountains, towards the Pacific ocean. I went to the Paradise Found Metaphysical Bookstore where I also tend dreams, offer clairvoyant counseling, tarot readings and shamanic journeys: all related tools for diving deeper into our collective Psyche, and opening doors of opportunity between worlds.

In preparation for meeting my first client of the day, I rummaged around in my bag of cards to retrieve a candle, and felt something odd. I pulled out a gift—temporarily forgotten—that had been given to me by a dear friend last year at the end of the nine-month, Advanced Dream Tending Certification Program at Pacifica Graduate Institute: a carving of a white snake! “That’s where you crawled off to!” I said to both of us, gazing incredulously at the beautiful animal totem, cut out of abalone shell. I gently placed him in the center of the table.

My first client came into the little room and sat down, took one look at the white snake and jumped out of her seat, backing away into a corner, and shivering,

“I have a phobia of snakes!”

I took the fetish off the table, and put it on my lap, where she would not be disturbed by it, but where it’s presence could still be felt. She then told me this amazing story:

“When I was a little girl, my father was a farmer in Mexico...it was summer, and there had been a drought, so the fields were very dry. My papa went to release water from an irrigation system, and a flood came pouring down the furrows of the land. All at once, and all around me, dozens of snakes came jumping up out of the rising waters!

I looked at her, stunned, and blinked. “Let’s take some deep breathes!” I said to calm both of us. I asked her if she was aware that in many cultures, visitations by serpents in dreams or in nature, even near-deadly bites, are considered shamanic initiations. Their presence clues elders into awareness of whom in the community has been called to serve as medicine men and women. Traditionally, a dream of Snake can show those who are able to sense the Spirit-That-Flows-Through-All Things that they are ready to begin, or advance, their apprenticeship in the dream-healing arts. She marveled to hear that Snake is one of the three animals of Asclepeion: the healing centers in ancient Greece, where the afflicted come to receive dreams in which Gods and Goddesses offer unique healing prescriptions, just as we do in Dream Tending. I told her that after enacting a dream healing ceremony last summer, my classmates began having extraordinary “waking dream” encounters: one dreamer returned home to find a snake hanging outside her door; another found a peaceful snake waiting for her in her foyer! My client said she had never heard any of this: that her ancestors were indigenous and had lived close to the land, but her own parents had converted to Christianity and never spoke of such things. She lowered her voice. “I’ve never told anyone this, but I often imagine snakes slithering around me, and sometimes I have to pick up my feet off the floor, they seem so tangible, so scary! Especially when I am giving my sick mother a massage, in which I secretly send her healing energy. No one knows about the snakes, or the healing!” All my life, I have tried to shut them out.

I asked her if she has other visitations like that that come to her, so vividly. She began speaking freely, of an older, beautiful woman with long, ebony, hair, “flowing like the sea”. Her face softened, and she smiled for the first time: “She comes to me when I am at the beach, staring at the waves!” I invited her to “close your eyes and to imagine yourself on the warm sand, in this very moment.” She exclaimed immediately. “Yes, she is here right now!” There was a profound stillness and I felt the air in the room dramatically change. “She is so pretty, in her white dress and her black hair blowing in the wind, and she is riding a white horse. She is approaching me... she is wrapping her arms around me...enfolding me in her arms!” Here, the woman began to tremble, and tears streamed out of her closed eyes down her brown cheeks... like the flood of water that had coursed over the dry earth of her childhood, driving the snakes to the surface, I imagined. A shimmering energy radiated from her and was filling up the whole room, filling me. We were clearly in the presence of Grace. Then, the woman cried out, both with pain and joy, “She is a Mother, a Goddess, and she is calling me her child. She is stroking my hair. I have never felt this kind of unconditional love before!”

“Now, with the love and protection of Divine Mother, is Child able to look at back at Snake”?

The woman gasped immediately, and at first I thought it was her fear returning, but it was something else, entirely. “Child and Snake are friends!” She exclaimed, even more surprised than I was. “Child is riding playfully on the back of Snake now, and their bodies are fused!”

We pursued this revere a couple more minutes, than I asked her to open her eyes. “How did it feel to you for Child to ride her companion, Snake?” I asked. “Strong! Strong! I felt so Strong!

She lowered her gaze to the floor, then, and whispered sadly, “All my life, I have felt weak. worthless. afraid almost all the time. Only the men around me were powerful. Women were nothing. If I spoke of my visions, I would be considered a witch, or insane. For the first time in my life, I feel strong. I feel hope!

I asked her if it was alright for me to put the abalone snake back on the table. She nodded and I did.

“How is it for you, now, being so close to Snake?”

She laughed, nervously, gleefully, like a child in her mother’s arms. “Still intimidating, but much better. Now I am curious to get to know Snake!”

As we hugged, and went on our ways, I wondered to myself, “What has been with me my whole life, that I have been too frightened to get to know, until now? I, too, am curious! 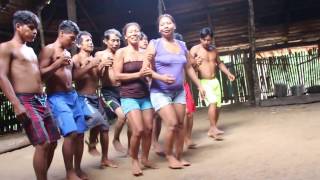 Tending our Nightmares to end Judgement